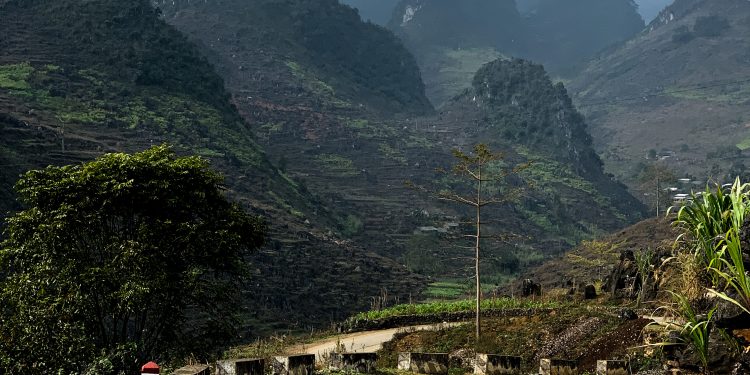 To account for one’s heart, one needs to measure her/his actions, especially when nobody is watching or cares.  On recent occasions, I question my choices.  One might rationalize each; the first for safety reasons, the second for a reason I cannot quite describe.  Yet I am haunted by the measure I have taken.

In the first case, I am unsure of the specifics.  In the second case, the encounter was in the dark shadows of a night sky.  An old writer’s words take my reflection to a place with no light.  “For instance, you come upon an old friend dressed in rags and half-starved and say, ‘Good morning, friend!  Be clothed in Christ!  Be filled with the Holy Spirit!’ and walk off without providing so much as a coat or a cup of soup – where does that get you?” (James 2.15, 16).

Situation One.  I cruised just within the 85-mph speed limit on the five-lane expressway to Dubai.  Suddenly, a wave of brake lights appeared just ahead.  We rapidly came to a stop, only to start moving forward.  Within seconds, I came on the accident.  Way to my right, on the side of the road were three cars with people getting out.  Tall lights bathed the scene with a surrealistic brush.  Cars were damaged, some severely, but everyone was, if body languages were accurate, going to be ok.  On my left, in the short shadows to the guard rail was a single car.  Dark, no movements, smashed on every side I could see.  I looked, considered stopping to help, and drove on.

Situation Two.  On the short walk home at night, there is a block next to a building under construction.  Usually, I am alone.  On this night, I encountered a solitary individual in the dark shadows.  In universal sign language, he looked at me and made a motion with his hand to his mouth which told me of hunger.  I looked, verbally apologized, and walked on.

As much as is in my soul, on these occasions and on reflection, I wish there was more.