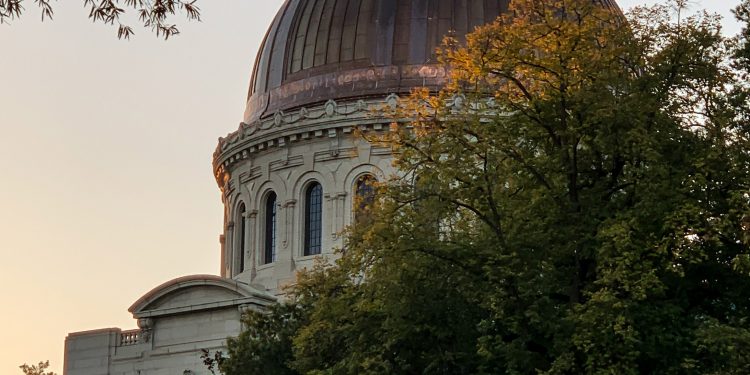 As we sat down for lunch, a group of friends began to gather.  Each had placed an order, and now they were regrouping around a picnic bench table which was just right for the six of them.  It took me a while to recognize they were more than casual friends.  As the wind picked up, randomly one after another reached for a sweatshirt.  Once everyone was in uniform, the connection was clear!  They were all members of the same wrestling team.

Belonging to a team can be special.  Beyond the jackets and other uniform pieces, one finds a rallying cry in fighting for the win, leveraging on shared training experiences, and letting loose with harmonious shouts of a shared victory!

Yesterday evening, as we returned to our hotel, a different team from the same school crowded near the conference facility entrance.  While the uniforms were different, the banter between team members were echoes of the other team.  I wonder if I can recognize the other members of the teams I belong to.  Would I know colleague from a different office by their behavior and cheers?  Have I embraced the rallying cry which defines us as a team?

Teams are two-way relationships.  The team wants you to be a part of a greater whole.  You want to be part of the story which is only written together. When they work, teams are magical bodies of proof in how our relationships take us beyond anything we can imagine.

Teams involve commitment.  While the type of commitment on the edges varies, at the center, there is a consistent core.  Belief in the shared values of the team.  Understanding the goal and committing to do what one can to contribute to success.  A willingness to put one’s ego in a place which is secondary to the greater goal.